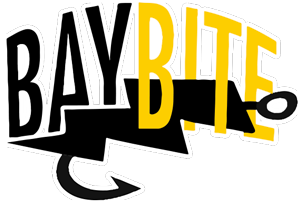 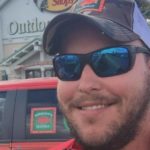 The sheepshead are still biting pretty well in our area this past week. Plus, this light cold front we just had blow past us should have them excited over the weekend with the cooler temps and a little more stirred up waters. They love the docks, bridges, jetties and any structure around our area holding oysters or barnacles. Small pieces of shrimp, oysters, or clams are my favorite baits to target these sheepshead, However, a live fiddler crab is awesome bait. Joe and Luke Simonds from salt strong have been experimenting with a small artificial crab to mimic a fiddler and have been catching sheepshead with great success. Typically, you only get them on the cut bait, live crabs or barnacles but there’s some new sheepshead specific crab lures that seem to be working well.

The Snook action has really picked up recently throughout our area. They are still catch and release only with the trout and redfish, but they are thick around the flats, passes, and even on the beaches. Pretty much wherever you look you can find some cooperative and aggressive snook right now. Most of what is being caught are the smaller 20-26 inch schoolie sized fish but its still a lot of fun to catch them on light tackle. The flats this past week around fort de Soto, south shore of Tampa bay, and Pinellas point have all been producing lots of hungry snook that are feeding on big schools of minnows out on the flats. The passes are also starting to see huge numbers of snook, but definitely more action happens at night for snook in the passes. Look for lights where water is moving, and you will find them working the edges of the light lines. Snook love soft plastics, live white bait, pigfish and suspended jerk baits.

The trout action has remained steady through the area. At night they are pretty thick around the passes in the lights of docks and bridges. Residential docks with lights around the passes are holding plenty of trout through the night too. During the day the flats, mangrove shorelines and docks are holding actively feeding trout too. As the water continues to warm the trout bite will slack a bit, but for now they are still full tilt. I love to target them on the edges of the flats, or look for the natural ambush points you would be hiding if you were an opportunistic predator. Remember, once you catch one there’s often a few more in that same general area.

The redfish bite has been good around the area this past week as well, more snook and trout action for sure but the occasional big redfish was caught too. They are staying a bit shallower on the mangrove shorelines, docks or oyster bars. Typically redfish love a live pinfish, white bait, or soft plastic lure. One of my favorite inshore lures for a variety of fish is a DOA shrimp moving slowly just above the grass or sandy bottom areas around the flats or docks for redfish and others. Remember, the key with working an artificial shrimp lure is to make it resemble a shrimp so you must retrieve it extremely slowly like a shrimp would typically be moving which takes some practice.

Pompano action was great along the beaches before they closed down the beaches due to the virus, but still a few are being caught from the jetties and most from boats drifting the passes and adjacent beach areas. Fort de soto area, pass a grille, bunces pass and blinds pass are all some of my favorite areas to drift through for pompano bouncing a doc’s goofy jig or pompano jig along the sandy bottom areas.
Mackerel action is extremely good throughout the area along the passes, beaches and mouth of the bay. Look for bait schools around the passes, beaches or bridges and you will find the hungry and aggressive mackerel exploding on fast moving shiny lures. 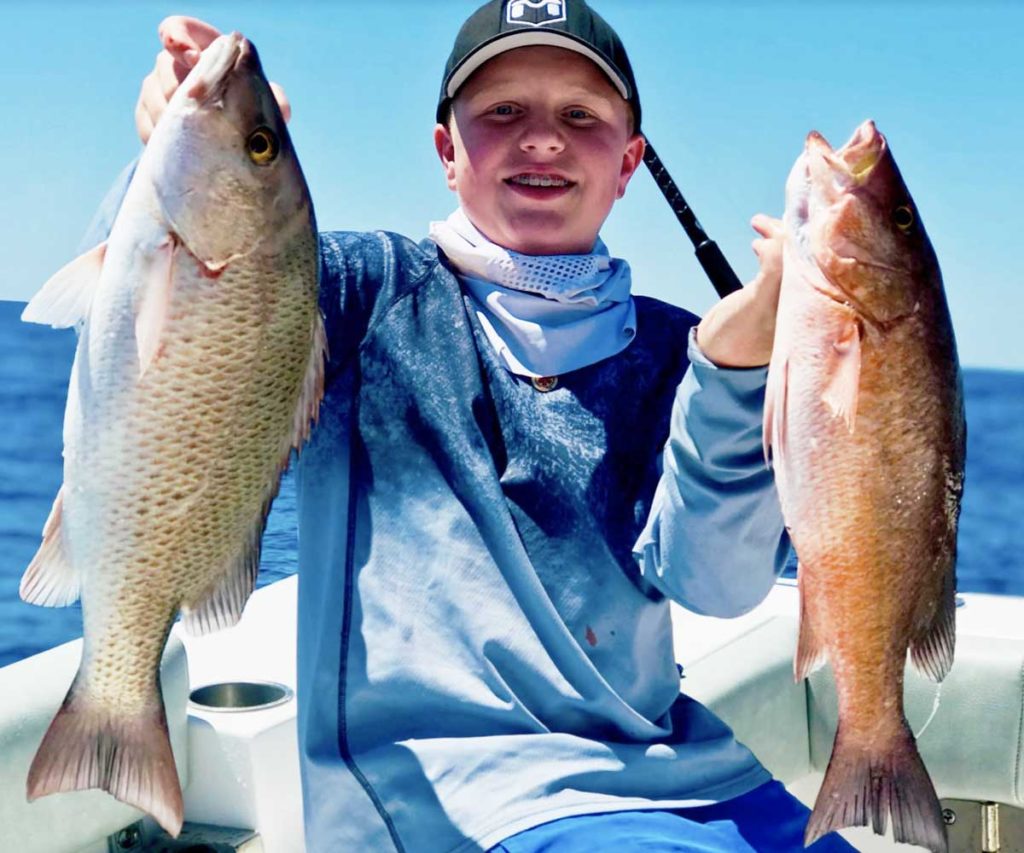 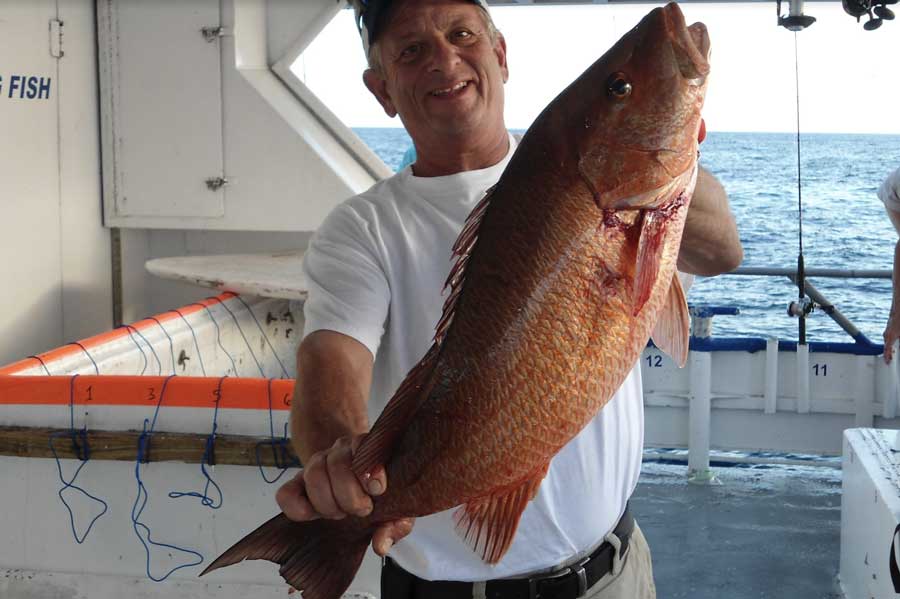 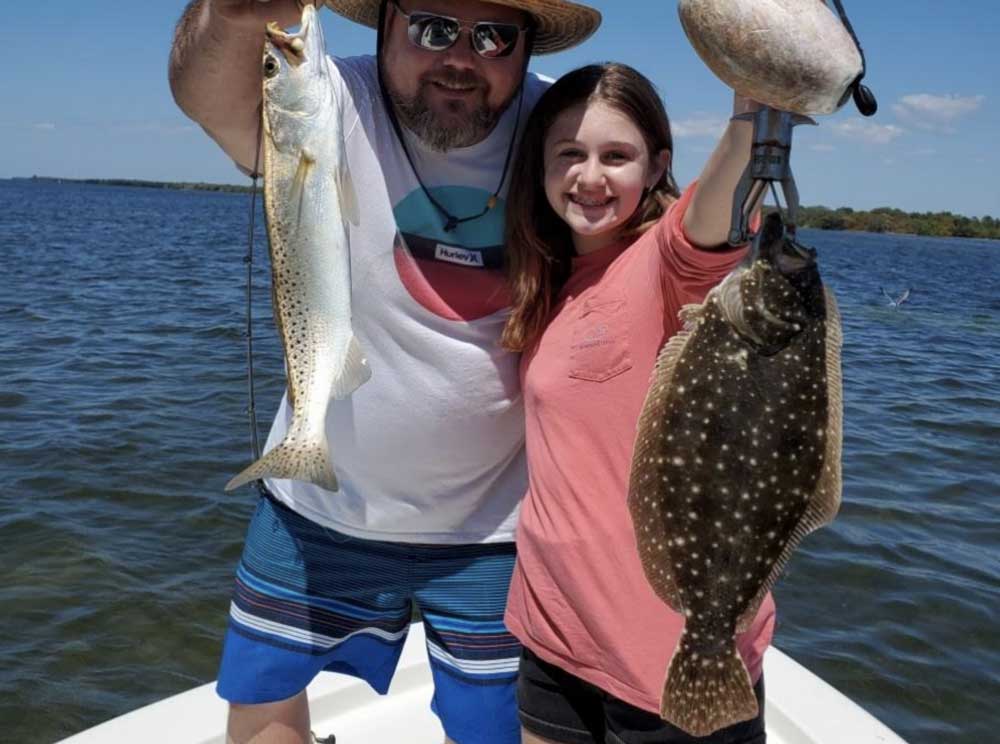 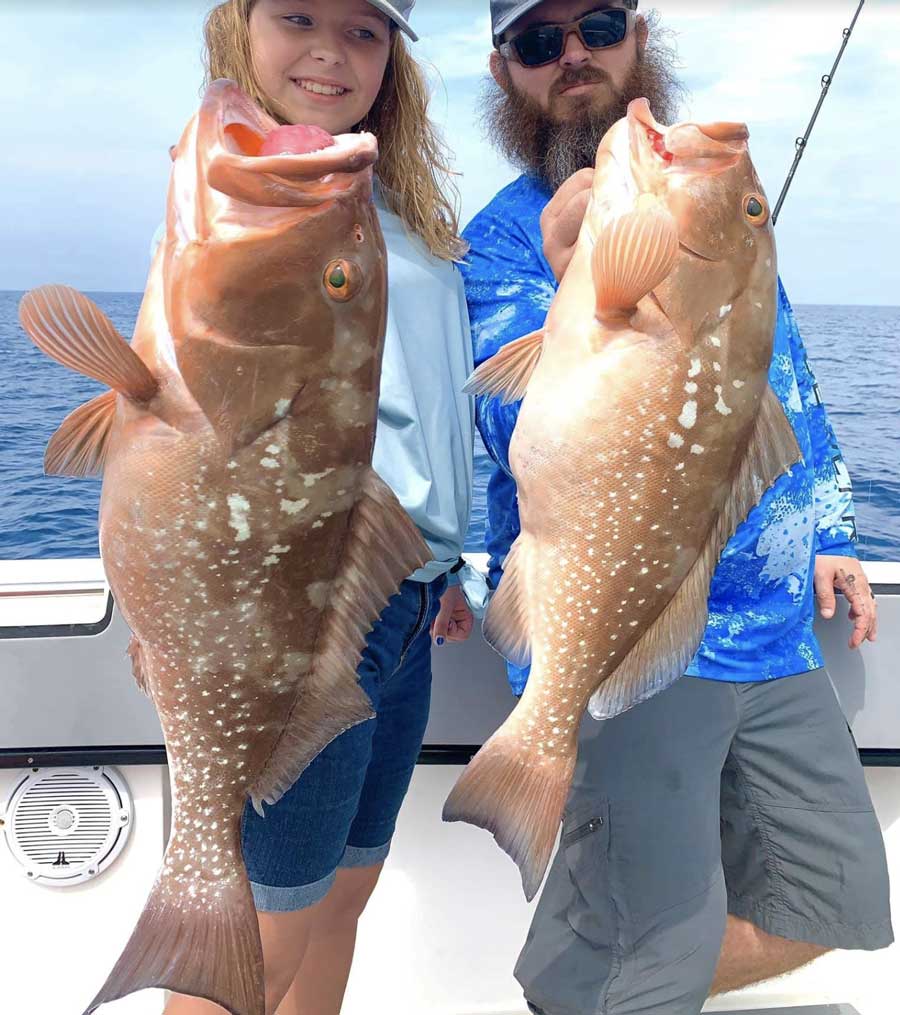 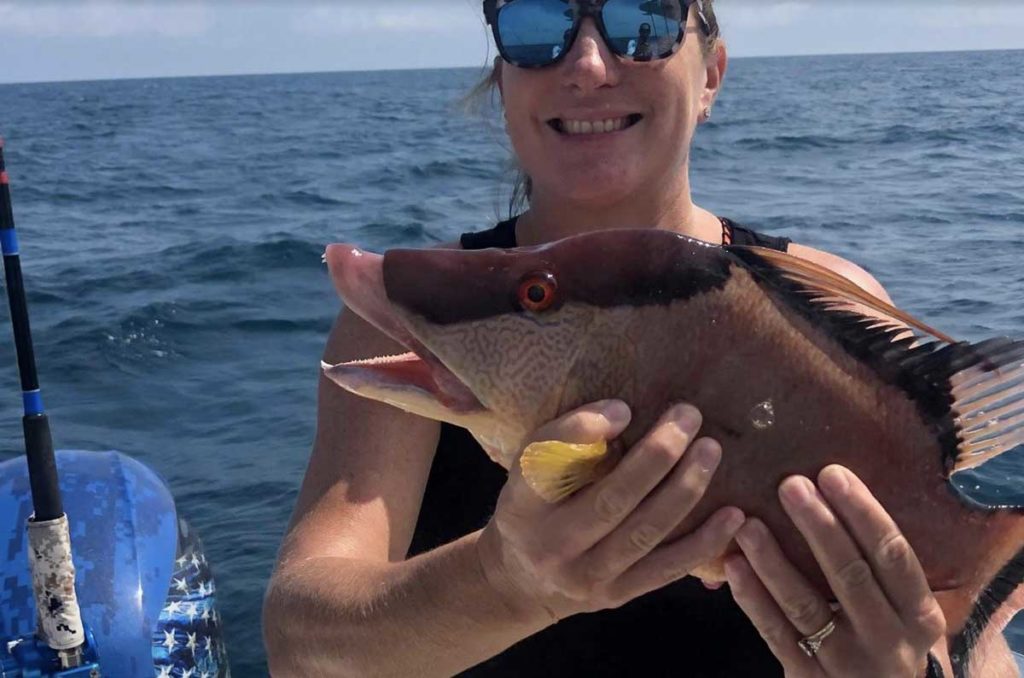 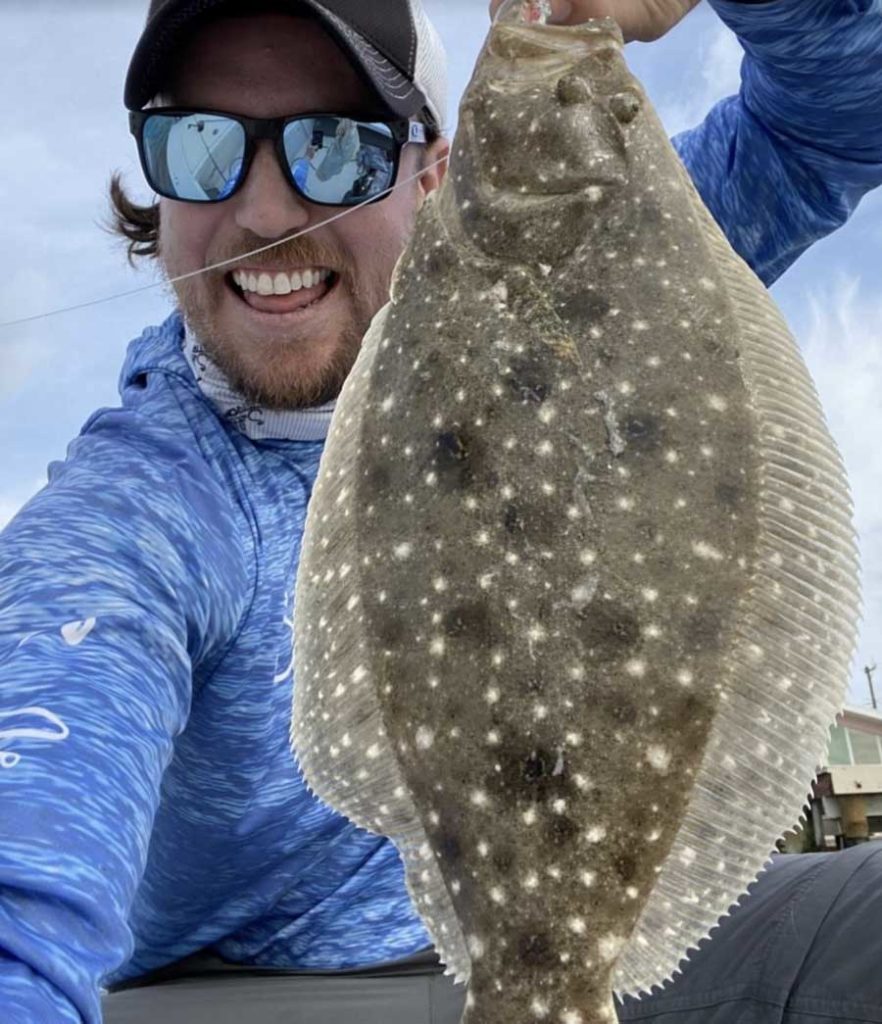 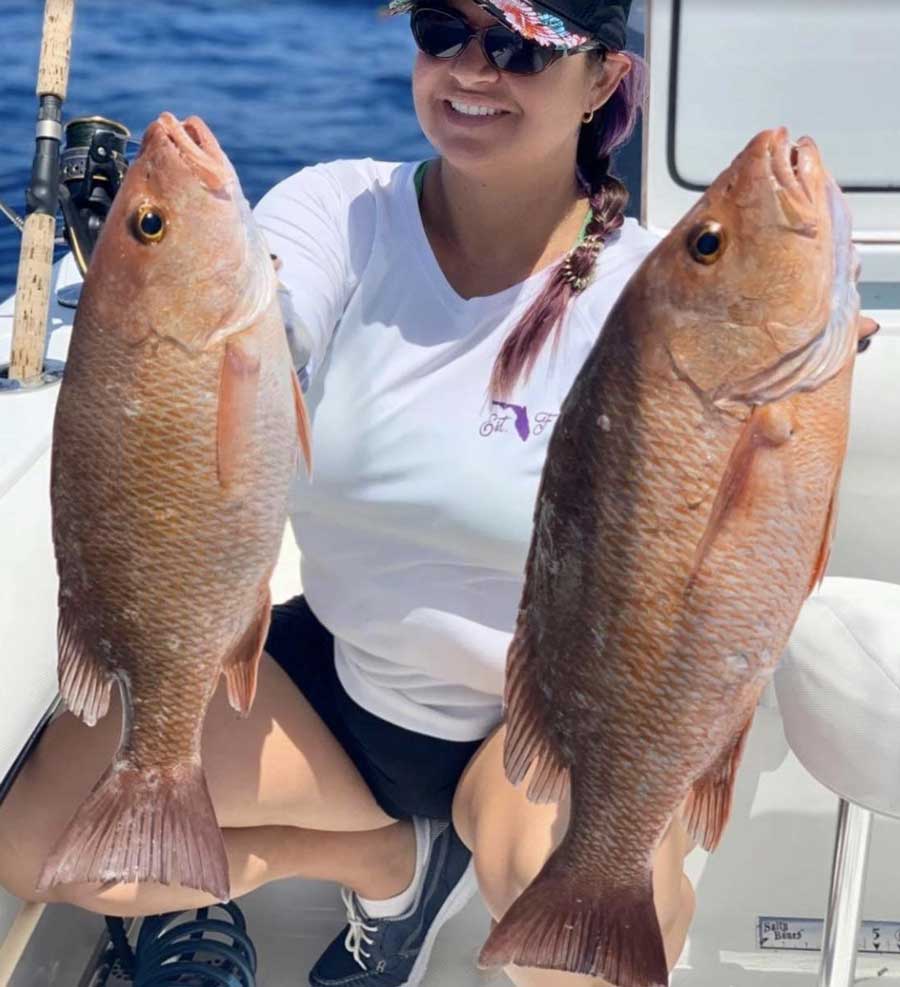 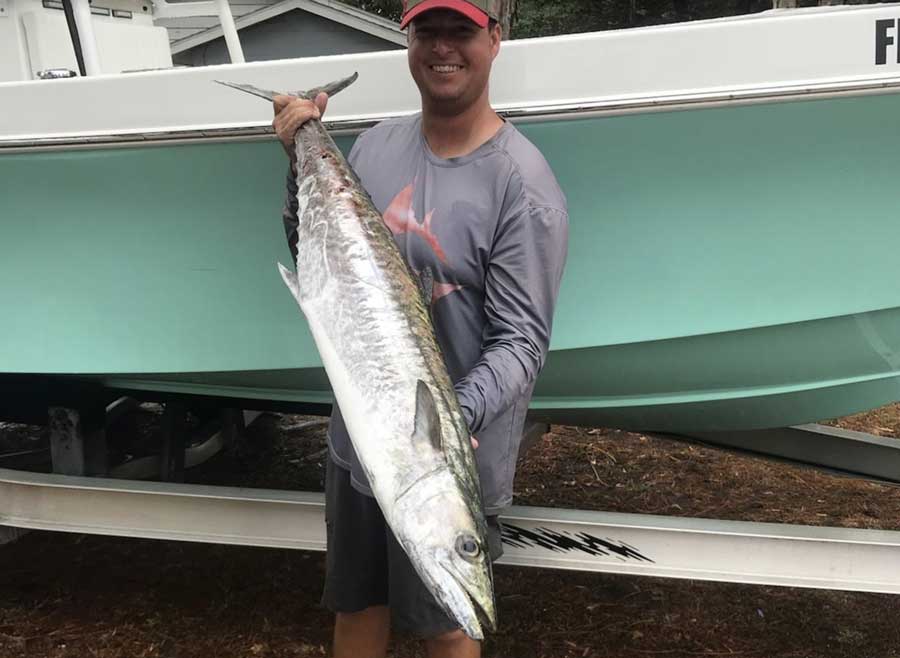 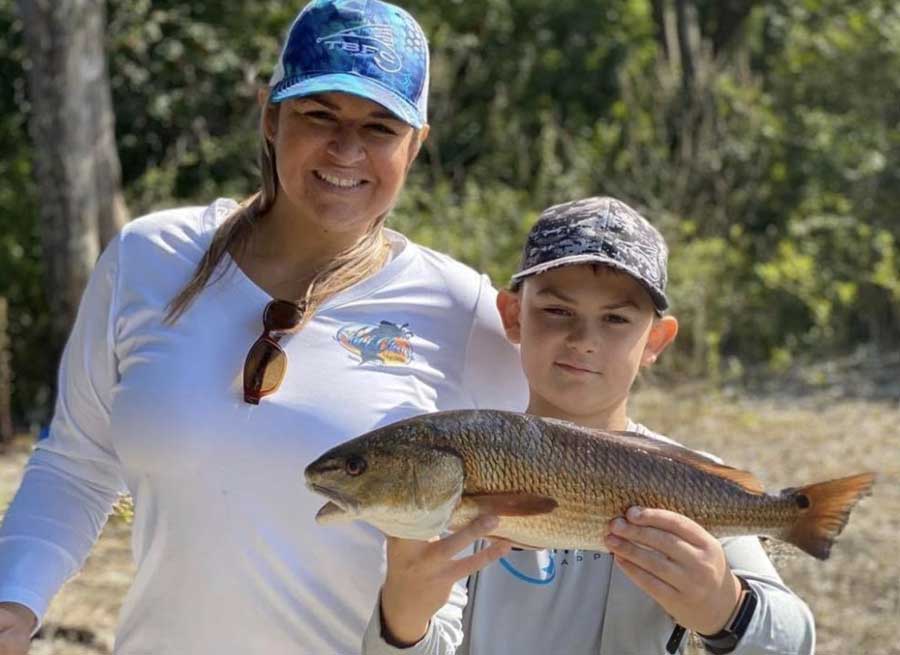 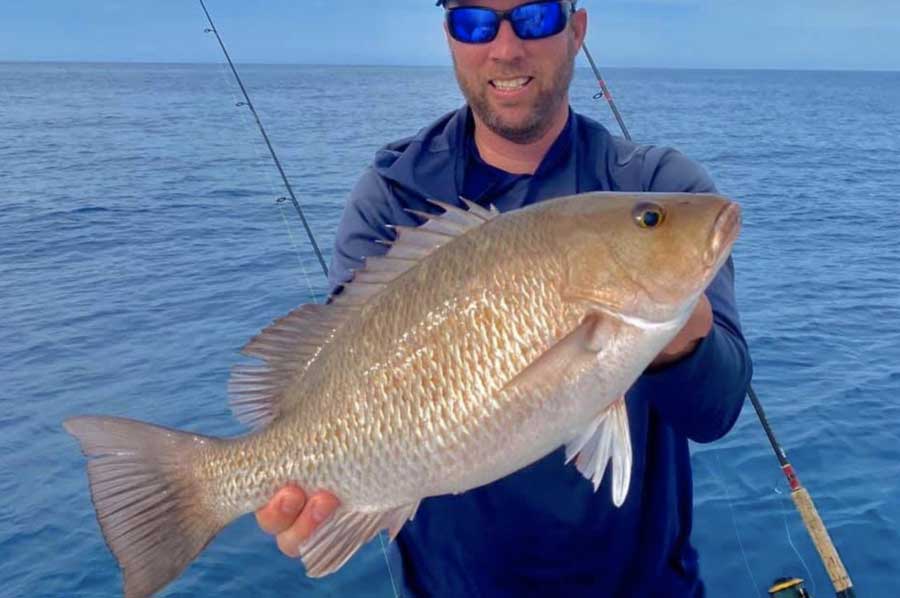 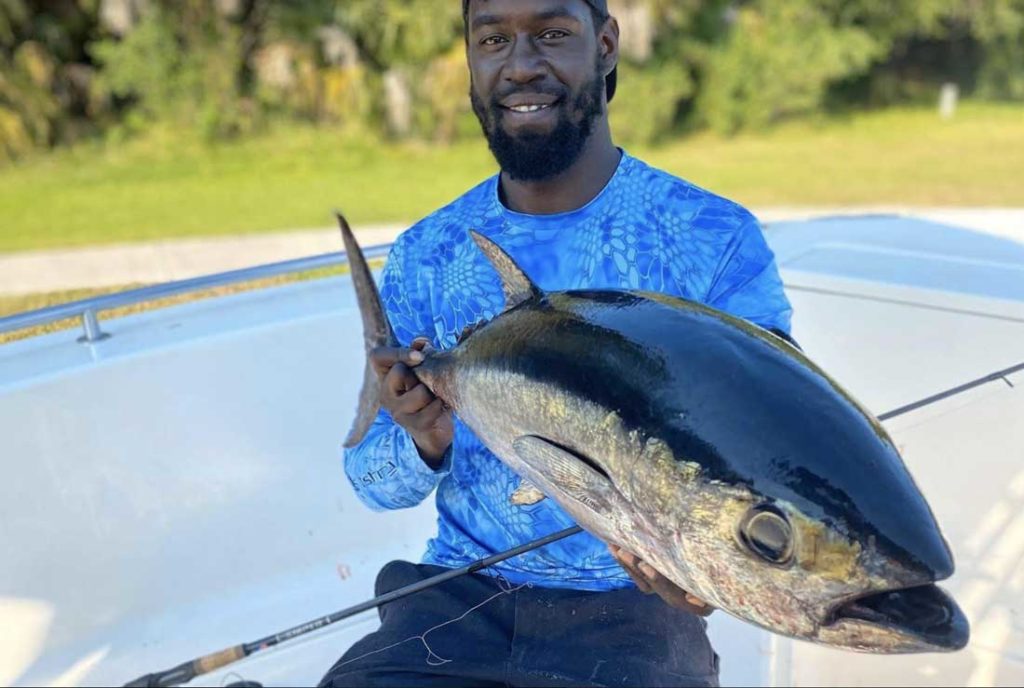 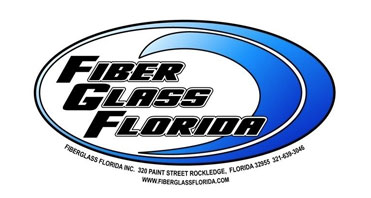